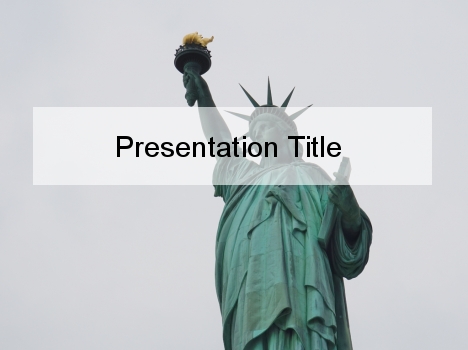 Here is a free PowerPoint template of one America’s most iconic statues, the Statue of Liberty. This template only shows Lady Liberty, but she stands 46 metres high.  The Statue of Liberty represents the Roman goddess Libertas, and she holds a book that has the date of the American Declaration of Independence and also a torch, held high above her head. Originally, the statue was not this green colour but a less bright copper colour.

The statue was made by Gustave Eiffel, the man who built the Eiffel Tower in Paris. It was a gift from France to the United States.

This template has many uses. It could be used for promotion, tourism and business or for talks about international trade and also international relations and politics.

The template is also great for the holidays in the United States of America, such as 4th July, Independence Day, Labor Day, Memorial Day or Thanksgiving.

How would you use this PowerPoint template? Please let us know in the comments box below. 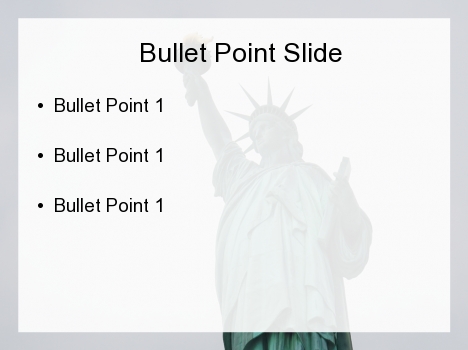 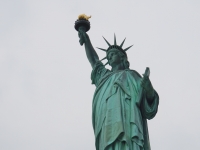