“Tiger” Woods and the killer presentation

What does a golfer, even a great one, have to do with putting excellent presentations together?

At first sight, not much.  But an article I read recently posed the question, “Does ‘Tiger’ Woods wait for the day of the golfing tournament to begin practising?”

Obviously not.  This man is the epitome of practising.  Mr Woods, currently ranked no.1 in the world, has won 14 major golf championships.  He’s had more career major wins and career PGA Tour wins than any other golfer playing today.  He was the youngest ever player to achieve the career Grand Slam.  He was the highest-paid professional athlete in the world last year.

The list goes on. But what’s the message behind it?

The message is that preparation is vital.

Yes, obviously, “Tiger” Woods has talent.  Bucketloads of it.  He would never have become a great player without it. But talent alone is not enough.  Preparation is essential to hone that ability and ensure it performs on the day.

That’s a salient point for presentations.  Many of them might have lots of bright ideas behind them: but if they’re not sufficiently prepared for, they’re apt to fall flat.

There are traps waiting at every curve for the unprepared preparation.  For one thing, it’s likely that the presentation won’t be as good as you think it is.  Preparation allows you to smooth out the bumps and creases, improve the flow, add to the variety and pacing of it.

Again, not preparing properly may lead you to over-emphasise content and focus less on delivery.  Many, many presenters fall into this one: they’re still working on what to put in or what to leave out at the last minute.  Leaving no time to practise how they’re going to say it.  That means no thought for using props, moving around the room, body language, engaging the audience, asking questions to provoke response, and so on.

Good preparation also gives time for feedback.  Is the presentation really on the ball, or could it be tightened up in places?  Recording yourself and playing it back is a good strategy, as is delivering it to a friend and asking for comments.  A fresh mind is likely to spot things you’ve missed or just aren’t aware of.  And if you do that before the day, you’ll still have time to change it.

Perhaps some people feel that preparation is somehow going to stifle creativity, the adrenalin flow of brilliance.  I don’t agree. It’s a lot easier to be brilliant when you’ve prepared for it.

As with a lot of old proverbs, the phrase “practice makes perfect” has a lot of truth in it.

But let’s leave the last word to Mr Woods.  As he rightly says, “You can always become better.”

Examples of the Rule of Three

11 More Things to Avoid Before a Presentation

5 Ways for Your Presentation to Wow the Audience
2 Comments

Examples of the Rule of Three

11 More Things to Avoid Before a Presentation 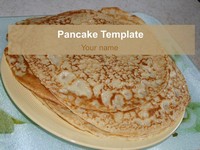