Think of your presentation as a first date

Imagine this scenario. A man and a girl arrive at a smart restaurant and take their seats. She picks up the menu, but he takes it out of her hands.

“You don’t need to look at that,” he says. “I know the chef here, and I’ll see that we get something special that’s not on the menu. Anyway, you probably wouldn’t understand the names of the dishes; they’re in French. I studied it in my spare time, while taking my Ph.D. in astrophysics at the Sorbonne. I was top of the class, you know. By the way, what do you think of this suit I’m wearing? It cost £1,000. But enough about me, let’s talk about you.” And with a smirk, he takes out a little hand mirror to admire his reflection.

I think that anyone behaving like that on a first date would soon be on his own.

Rightly so, you might say. But the funny thing is that many presentations, particularly those pitching for business, are not dissimilar in their approach.

They’re condescending, arrogant, full of themselves, impressed with their own achievements. They’re often confusing and directionless. But most of all, they’re all about the presenter and not about the audience.

In his book The Clean Win, Sidney Peimer talks about what makes a good presentation. It should have the minimum of data, be brief, fresh, insightful, and be capable of being understood by a 10-year-old. It should be clear, not confusing. Above all, it should focus on the needs of the audience.

In a sales presentation particularly, you’re selling yourself, not your ideas, products or services. You want to position yourself as someone the client would like to work with. And the key to this, perhaps paradoxically, is to talk far more about the client’s problems, concerns, aims and goals than about you.

Again, the dating analogy is a useful one. In the dating game, as in the sales pitch, the aim is first to be noticed and second to be chosen. The choice is made by the audience (or the person you’re dating), not by you. And their choice is based on the favourable impressions you make.

The same is true of winning business through presentations. Personality, openness and a likeable presence are far more important in both situations.

You get one chance to make a first impression 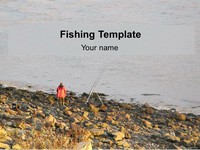