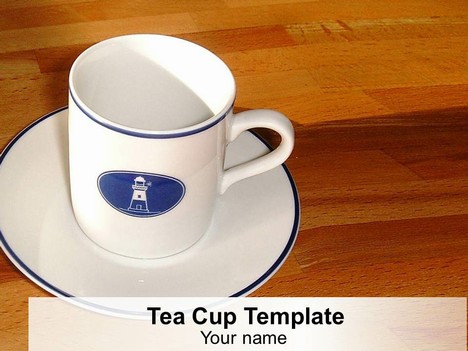 A nice template showing a cup and saucer (or teacup) on a wooden table.

A teacup is a small cup that may be grasped with the thumb and one or two fingers. It is typically made of a ceramic material and is usually part of a set, composed of a cup and a matching saucer.

Tea was imported to Europe during the Portuguese expansion of the 16th century. Catherine of Braganza, wife of Charles II, took the tea habit to Great Britain around 1660, but it was not until the 19th century in Britain that tea became as widely consumed as it is today.

Could be used for presentations on drinks, afternoon tea and British custom. 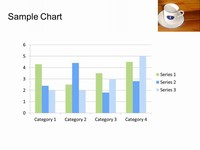 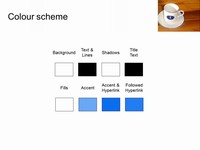