This PowerPoint template shows a prism, which can be used to break light up into its constituent spectral colours (the colours of the rainbow: red, orange, yellow, green, blue, indigo and violet).

The refractive index of many materials (such as glass) varies with the wavelength or colour of the light used, a phenomenon known as dispersion. This causes light of different colours to be refracted differently and to leave the prism at different angles, creating an effect similar to a rainbow. This can be used to separate a beam of white light into its constituent spectrum of colours.

The inspiration for this template was from Pink Floyd’s Dark Side of the Moon album cover design, which has just been named the greatest album cover of all time in a survey by British music website MusicRadar.com.

This template could be used for science presentations on light or physics, or even used as a colourful background. 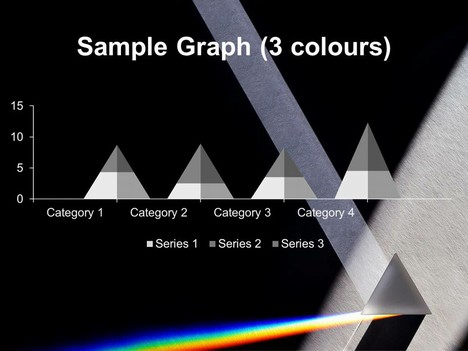 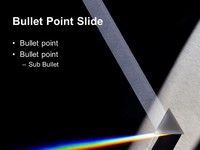 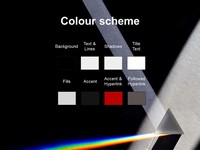