The water of Taffs Well

The well at Taffs Well has been used since Roman times. Here is a victorian analysis of the water.

The water of this well is of a temperature above that of ordinary springs in this neighbourhood, and evolves gases in considerable quantity. These circumstances, together with the fact that the locality is one of the nearest portions of the south crop of the coal basin, led me to examine the water and the gases which issue from it in order to see if any light might be shed upon the nature of the subterranean strata and other points connected with it. Moreover, the water of the well in question, and that of a spring close to it, and supposed by many to be a portion of the well waters, have long since obtained some celebrity – especially the well water-as a curative agent for rheumatism, and these were additional inducements to enter upon the work herein noted.

The well is situated in the parish of Eglwysilan. Previous to the construction of the weir which dams the water of the Taff river for the purpose of supplying water-power to Pentyrch works, the course of the river was some distance west of the well, which at that time was situated in the midst of green fields. It is now, however, bordering on the water of the Taff, and is in fact often covered during high floods. The well is walled with masonry in a circular form of 5 feet 6 inches diameter, and the same depth. It is furnished with holes, by means of which the height of the water can be regulated or run off if necessary. The spring is very powerful, and appears from rough calculation to afford about 800 gallons per hour.

Bubbles of gas rise continually to the surface, giving the water the appearance of being highly aerated. The quantity evolved is probably about 4 1/2 cubic feet per hour.

The water has a temperature of 65 – 66 F, and so far as my knowledge of it extends, there is little variation in either winter or summer. The day upon which I collected the gases was rather cold, and a somewhat cold wind was blowing at that time, but the temperature of the water exercised a very marked influence around the well although the apology for a covering was torn and scattered by the severe floods of the past months. The water is chalybeate in character, rendered obvious to anyone acquainted with the simple colour of oxide of iron which lines the walls of the well, and which is seen in pulpy masses adhering to the sides and forming a scum on the surface.

Neither the water nor the gases which rise from it emit any smell, and save the oxide of iron referred to, nothing is discoverable which may he considered in any way remarkable, or which can account for the curative properties which it is said to possess. From a preliminary examination I had found that the water was a fairly pure one as far as the total solid matter is concerned, and consequently a very large quantity was necessary in order, by evaporation, to obtain sufficient solid matter for analysis. The method I adopted for collecting the gases was by using a weighted funnel connected by caoutchouc [rubber] tubing to five glass tubes drawn out to fine and thickened ends, and the last tube was joined to a valve of simple construction which I had devised for the purpose. The tubes were filled with the water from the well so as to displace the air, and the gas was afterwards passed through them under pressure regulated by the valve mentioned. The pressure was obtained by weighting a glass funnel with lead and sinking it over an opening in the bottom of the well, through which a good supply of gas was obtained. When the tubes were filled with gas, and the absence of atmospheric air was a known certainty, the gas in the tubes was placed under slight tension by applying suction to the valve mentioned, and finally the tubes were hermetically sealed by the aid of a blowpipe and spirit lamp. The gases which usually rise from waters of this description consist almost entirely of carbonic acid and a very little nitrogen, and in nine out of ten instances this is the case. The gas which is evolved from Taff’s Well consists, however, almost entirely of nitrogen, the amount of carbonic acid being relatively insignificant, as the accompanying figures illustrate.

I analysed several portions of gas in order to arrive at the nature of the minute quantity of hydrocarbon gases present, but was unsuccessful owing to the smallness of the quantity and the large proportion of nitrogen present. From the figures which I have obtained, marsh gas does not appear to be present, but a gas of higher carbon atoms. The following figures show the proportion of the several constituents which I detected and estimated in the water – about 15,000 grammes were evaporated to dryness in order to obtain a sufficient residue. The analysis is given in parts per million.

* The iron is calculated as oxide, as it existed in the residue used for the determination of the constituents of solid contents.

In May, 1875, I first examined this water, but did not complete the analysis; the alkalies were, however, the only portion left undetermined, and as an instance of the similarity of constitution during periods of nearly two years, I give in Table No. 2 the result of the second analysis, for the sake of contrast. The principal difference is the silica, which is higher in No.1 than No.2, the other constituents are the same and in very similar proportion.

There is another spring within a very short distance of the well, which is extolled as a tonic and is supposed also to possess many other valuable properties. It is situated at the base of the wall which forms the side supports of the weir before mentioned, and may be recognised by the large quantity of brown pulpy matter (hydrated oxide of iron) which lie near it. The water of the well has no connection with that of the spring, which for distinction’s sake will be termed “chalybeate spring,” because although the temperature of the water is normal, the composition differs very materially, not so much with regard to the constituents which it contains as to the amount of such constituents and to the presence of organic matter, which is practically absent it the water of the “well”. I examined the water of the chalybeate spring in May 1875 and intended doing so again last month, but I found that it was so mixed with surface water as to possess properties totally different from what it did in 1875, and I will therefore simply give the figures I obtained then. The alkalies are not estimated. It will become evident on comparing the total solid matter, iron and sulphuric acid of the chalybeate spring with those of the well that there is a striking difference, which shows decidedly that the two waters do not emanate from the same source, although the similarity of their constituent elements points to a like formation. In character both waters are chalybeate and both contain quantities of lime and magnesia. With regard to the chalybeate spring, it may be remarked that the is a large quantity of iron present. Now there is in the neighbourhood a very extensive deposit of iron ore, which is mined to supply the iron works, and for aught we know, a deposit my exist even nearer the spring. The water contains a very appreciable quantity of organic matter similar in property to that found in water which percolates through coaly shale, and certainly differs materially from that which finds its way into surface water. There is, however, no easy method of collecting any gas which may be evolved from the water owing to its issuing through a hole in the wall referred to, otherwise its connection with the coal measures might be ascertained. It is possible that the water passes through an iron mine deposit, and that it meets in its course some organic matter in the form of a coaly shale so common in the crop of the coal basin.

Judging from the temperature of the water (65.6 F), and comparing this with waters of known temperature from known depths, the depth from whence the water of the well rises is about 1,800 feet, or nearly a quarter of a mile.

The great point of interest connected with the gases evolved from the well is the fact that they consist almost exclusively of nitrogen. It is the only instance, so far as I am aware, of a mineral water giving off gas so constituted, and I have been led by this anomaly to endeavour to find a similar result in the many analyses recorded of such waters, but without avail. There is nothing connected with the strata which would be likely to afford a clue to the reason of this circumstance, or which is capable of generating nitrogen gas in any quantity. ‘In one of the papers which I read before the Chemical Society (Journal Chem. Soc. [2] xiii. 798) some analyses of the gases obtained from bituminous coals are given, from which it will be seen that the gases present consist for the most part of carbonic acid and nitrogen. I have, moreover, determined the gases present in the secluded form in several kinds of shale which lie over, under, or within the seams of coal, and found them to consist of carbonic acid and nitrogen – the latter gas being in large excess. The carbonic acid was, however, always present in greater quantity than in the gases evolved from the well. It is possible therefore, that gases are given off from some shale or coal which finds its way into crevices in the wall, so to speak, or stony crust which surrounds the coal basin, and then those gases rise upward into the course of the well water; that the carbonic acid takes a part in causing the solution of the constituent elements of the water (which is not very highly a_rated), and thus leaves the large volume of nitrogen found in the well gases.

There are few noted wells without their legends, and I had anticipated the pleasure of recording some about Taff’s Well. I was, however, doomed to disappointment. There is indeed a vague tradition of a man crippled with rheumatism, who on bathing in its waters, straightaway threw down his crutches and leaped over a gate, but we do not feel encouraged by this story (which, by the way, we rather fancy we have heard before) to insist very much upon the curative properties of the Water of Taff’s Well.

Analysis of Martin Luther King's I Have a Dream Speech 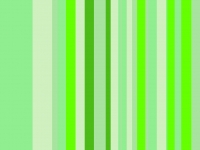 Analysis of Martin Luther King's I Have a Dream Speech 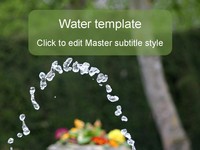 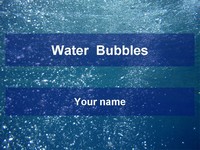 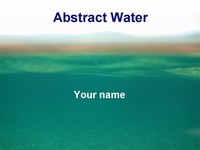