South Wales plays a unique part in the history of wine – for between 1875 and 1914 it produced the only commercially grown wine in Britain.

Wine was introduced into Britain by the romans and at that time there were many vineyards. Wine was mainly a drink for the Romans and the Anglo-Romans, with the Britons prefeering their regular tipple of Ale. Wine making fell into decline following their departure and was kept on around the monasteries. This tradition carried on for many years until the times of Henry the Eighth and the dissolution of the monasteries. Trading links had been established with the vineyards of Bordeaux since the times of the Richard the Lionheart and there were plentiful supplies of claret available. There was little need for British wine. Wine went into several centuries of decline.

In the 19th century the Third Marquis of Bute having restored the castles of Cardiff and Caerphilly decided to restore Castell Coch as a recreation of a medieval castle. Having built his chateau he needed a vineyard to go with it.

The choice of Castell Coch for the vineyard was a good one. It was on a gentle south facing slope and protected from frosts by surrounding woodland. The mild, albeit wet, coastal climate coupled with the good soil made it suitable for the production of wine.

The choice of grape selected was not so wise. The Gamay Noir was more suited to the warmer climate of Beaujolais in the South of France, than the colder and wetter South Wales. Producing a red wine may have also been a mistake. It produced a red wine by fermenting off the skins. When wine growing was re-introduced into Britain after the war, it was white wine that was the most sucessful.

The first vines were planted in 1875 and the first crop was harvested two years later. The grapes were pressed in a wine press in the gardens of Cardiff Castle, and that first year 240 bottles were produced. The results were encouraging. The dismal summer of 1879 was cold and wet and no wine was produced. The summer prevented the ripening of the wood and no wine was produced for another two years.

The results of the vineyard were sketchy. There were serious problems with the outbreak of the wine mildew, but during the hotter summers viable quantities of wine were produced. The long hot summer of 1893 produced a bumper vintage of over 12,000 bottles.

So what did it taste like? The wine did not have the complex flavor and aroma of some of the foreign wines, but it was honest and uncomplicated and generally well received. Not all of the recommendations of the wine were glowing. When the magazine Punch got to hear that wine was going to be made in Wales it was suggested that it would take four men to drink it. Two men to hold the victim down and one to pour it down his throat!

The wine from the vineyard was sold initially through the Angel Hotel in Cardiff and later to wine merchants in London. The price however was not cheap – selling wholesale at 60 shillings per case (around 15 Pounds a bottle in modern prices) and considerably more if bought in a restaurant.

The wine was produced at Castell Coch until the outbreak of the First World War when problems obtaining sugar made wine making impossible. Little interest was shown after the war and in 1920 the vines were uprooted and put to other uses. The vineyard site is now occupied by a golf course.

Between the two was no wine was commercially grown in Britain and wine making fell into another decline. Things picked up after the war and in recent years there has been a big revival. There are now well over 1000 acres under vines in Britain and now over a dozen vineyards in Wales. 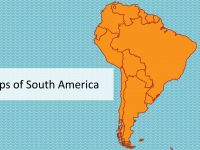