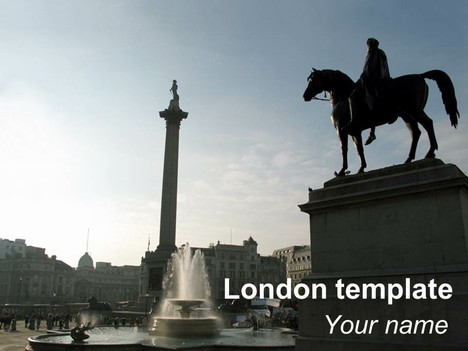 This crowded template shows the busy Trafalgar Square in London, the capital of England. The name commemorates the Battle of Trafalgar. In the forefront of the photo is a statue of a man on a horse. Nelson’s column with the four lions guarding the column is in the centre of the square, surrounded by fountains designed by Sir Edwin Lutyens.  In 2005, the sale of bird seed in the square was controversially terminated to discourage the pigeons.

It is a tourist attraction, especially with the Olympics coming to London in 2012, and is a popular destination, along with the London Eye, for sight-seeing.  Other traditional features of London, Great Britain are their black cabs, red buses, London underground and the Queen.

This great skyline would be fantastic for presentations on capital cities, the Olympics, London, climate change, or it could even be used as a template for a postcard. 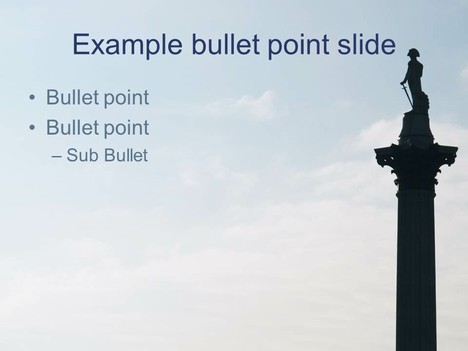 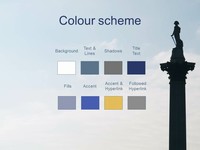 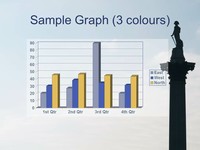