How to sell to the Chinese

Previous
Next
1,983
0
Filed under -
Sales,Sales Techniques

Until very recently, no one even mentioned the spending power of the Chinese consumer.  The cheap manufactured goods and cheap labour captivated the attention of businessmen all over the world, the human

rights issues and government issues troubled politicians, but now we must tailor our products to a new phenomenon – The Chinese Consumer.

China is a huge country, similar in land area to the whole of Europe.  To try to define the Chinese too closely is dangerous, and yet Chinese culture is more homogenous and collective than European culture – learning about the Chinese and their spending habits is a useful and productive process and can improve your revenues considerably.  We must also remember that there is an active and affluent Chinese speaking market already outside China (most cities have a Chinatown of some form or other), and every year tourist numbers and relative spending of the Chinese increase greatly.

Cultural differences
One key difference between Chinese and western spending patterns is higher saving levels.  Less social security, alongside longstanding cultural influences means that the Chinese generally put more of their money in the bank (or under their mattress).  The situation is changing however, and it’s not difficult to see consumerism flourishing in most Chinese cities.  Changing work patterns, higher salaries and influence from other global economies are leading more and more Chinese to seek a better quality of life, and with that comes consumerism.
Almost all sectors will benefit from this growth.  Food and beverage companies must keep tabs on changing habits – wine is enjoying a boom, particularly red wine.  Food companies can successfully tailor products to suit Chinese tastes with extra chilli and other condiments.

Building material producers will benefit from the pride the Chinese are now taking in their houses and apartments.  Transport and travel industries are enjoying the increasing numbers of Chinese travelling both domestically and abroad, but they must understand the requirements of Chinese tourists.  The list of industries which have the potential to benefit goes on.  What companies will be wondering is how best to attract the Chinese to their product – as the Chinese become more consumer-savvy, how can one product or service be differentiated from the rest?

Television advertising
Advertising is definitely key and is a market increasingly well understood by Chinese companies (less so in the state sector).  Bright lights, big pictures and free tester products definitely appeal to Chinese consumers.  According to leading Chinese media finance experts, television advertising is more effective than printed material.  Response times are quicker for television than print, audiences more receptive and there is a huge variety of channels to allow for reasonably specific direction.  Internet advertising is further behind, possibly due to less coverage of credit cards which in turn means there is far less shopping on-line.

Product placement
Product placement is also increasingly well understood.  Chinese Soap operas have a huge following, and can sometimes feel more like watching instructions on how a modern civilised society behaves than the light entertainment they should be.  There is less subtlety involved, with messages coming across far more directly.  Some of this is subconscious additions by the producers, some is without doubt government guidance, but there is certainly heavy usage of such techniques from consumer goods companies.  In a recent series, the phrase “drink less beer and more red wine – much more healthy” appeared in almost every other episode of forty.

In a number of areas, advertising styles are not following western trends, with evidence of Japanese and Korean techniques used.  Advertising through text message is common for example.  There are also different attitudes to customer service and care.  For example, it is common in many clothing shops for an assistant to follow you round making recommendations, picking out things you might like and so on.  Westerners would find this intrusive, but Chinese find western style hands-off shop assistants unhelpful and unwelcoming.   At sale time, many stores position staff on the street to clap their hands and entice buyers into the shop.  In-store music is often louder than in the west, and speakers are sometimes set up outside the shop.

Family culture
In terms of content, adverts often have more than one generation appearing in them – families are closer knit and it’s more common to eat together (and watch television together) than in the west.  Confucian culture promotes education, family and harmony, and the one-child policy means many parents are happy to indulge their one child.  There is a fine line between desirable chic and overindulgent wastage – the Chinese middle class is practical and many are still relatively frugal when compared with western their western counterparts.  Getting the right price-point will still be a key consideration.  Among the very wealthy, there is a healthy demand for high end goods – particularly status symbol branded goods which can be enjoyed with or noticed by friends, such as whisky, clothes and cars.  As the high-end market in Shanghai, Beijing and Guangzhou becomes more discerning, newly made Renminbi millionaires in the inner provinces will provide a continued demand for all high-end products.

Western products
One issue that must be understood by those chasing the Chinese consumer is that western products will not necessarily be well received simply through being western.  Products must be tailored to the market, and nationalistic preferences should also be considered – the Chinese are very patriotic and will often choose to support local products unless the international alternative really is better and cheaper.  Chinese culture is still very traditional in some ways, and this could affect the perception of any category of products.  Inauspicious numbers, symbols and colours must be avoided.  Companies should be sure to research Chinese translations of their brand names and ensure slogans give off the right message.  There are countless examples of mistakes – Coca Cola’s first translation meant “Bite the wax Tadpole”, they’ve now improved it to “happy mouth”.

Time spent in reconnaissance is never wasted
As with all markets, an in-depth understanding is key.  Time spent in reconnaissance is never wasted, and high levels of Chinese involvement with your marketing campaign will ensure fewer mistakes and smoother progress.  With one in five of the world’s population being Chinese, excluding the Chinese from your sales is not an option.  Even if you don’t plan to sell in China, be aware that Chinese students, Chinese tourists and overseas Chinese will almost certainly be included in your customer profile.  Don’t let misunderstandings or ignorance lose you customers.

How to sell more by listening to the customer 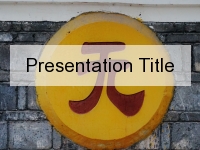 How to sell more by listening to the customer

How to register a limited company for under £30