Add Some Fireworks to Your Presentations

Previous
Next
661
0
Filed under -
Guest Blogs

If you’re like most Americans you had a chance to enjoy watching fireworks over the weekend. I saw a spectacular show from Baltimore’s Inner Harbor. I watched with my wife from a friend’s rooftop deck in Federal Hill. Two things really jumped out at me about this and most fireworks shows I’ve seen over the year. The beginning gets everyone excited. The sun sets. Everything is dark. Then, Bang! It begins with an explosion of light. You can feel everyone around you locked in. It’s on. This is going to be fun.

The show was filled with plenty of great moments, but what’s the moment that really has the big impact? The finale, of course. And you can literally hear it take people’s breath away. The audience gasps, oohs, ahhhs, and smiles as the finale fills the night sky.

I point this out because that’s something to consider for your next presentation. Open with a bang. Do something, say something, find a way to engage your audience in a bold, bright way right at the start that says, “it’s on!” Then in your close, take their breath away. End in style. Don’t just end with a slide that says “Questions?” End like a fireworks show. Deliver something big, something memorable, something that keeps the audience talking long after you stop talking.

Gerry Sandusky, is the New York Times best-selling author of Forgotten Sundays, the play-by-play voice for the NFL's Baltimore Ravens, the sports director for Baltimore's WBAL TV, and a noted authority on communication, motivation, perception, and change.

The son of former NFL coach, John Sandusky, Gerry has found his own niche in coaching as president of The Sandusky Group, a communications-consulting firm.
The Sandusky Group helps professionals who are experts in their field look, feel, and perform better in front of every audience, and influence that audience. The Sandusky Group shows experts how to shine.

Gerry and his wife founded the Joe Sandusky Fund, to honor Gerry's late brother. The fund grants college scholarships to students who demonstrate passion, talent, initiative, and a drive to fulfil their dreams. 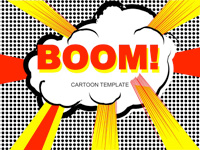 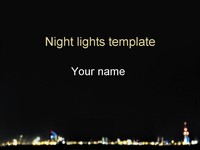 The Art of Persuasive Presentations 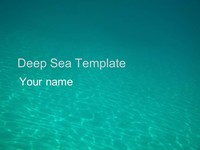