The Power of Threes in Presentations

Previous
Next
904
0
Filed under -
Guest Blogs

Ever notice it’s easier to remember the area code on someone’s phone number than the last four digits of their number? That’s because the area code is three numbers. The last four digits are, well, four. Our minds quickly and easily connect to things that come in groups of threes. There are plenty of theories for why we do this. Three is the first prime number. We divide time into past, present, and future, and we live in a 3-dimensional world. Regardless of why we connect so easily and so often with things that are grouped in threes, lies the fact that we do.

As a presenter, keep that in mind. Your audience will connect to groupings of ideas that come in threes more easily than groups of five or six or seven.

Since we relate so easily to a triad, it makes sense to build your presentation, speech, or meeting around triads. This has a few major benefits:

1. It forces you to limit the amount of information you share.

2. It puts your information into a grouping your audience is already inclined to consume.

3. It creates a natural rhythm of beginning, middle, and end.

By grouping main ideas in threes, you speak to a cadence that your audience members are conditioned to all day, every day, in multiple areas of their life:

So as you begin to layout your next presentation, speech, or even meeting, ask yourself what are the main points you want to share with your audience and build your program around three of them.

You may have five, or six, or seven key points that you think you want to make, but since your audience relates to triads, pick the three most important points and build on those.

Think of it as the ABC’s of communication. Sorry, couldn’t resist.

After all, there’s always time for the next presentation, speech, or meeting, but the audience might not come back to those – or give you their attention if they do – if you don’t speak their language the first time around.

How to make meetings more productive

The Power of Using Pictures in Presentations

How to make meetings more productive

The Power of Using Pictures in Presentations

A Hidden Truth Has Power in a Presentation

What to present about when it can be a presentation about anything! 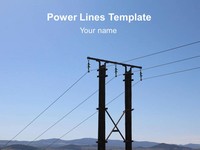