We frequently get asked about where we can find a free download of PowerPoint.

The answer depends upon what you are looking to do – viewing or creating PowerPoint Files.

However you can view and create PowerPoint in programmes that are free.

If someone has sent you a PowerPoint file you can download a free PowerPoint Viewer from the Microsoft Website.

Simply click on the link Free PowerPoint 2007 Viewer
and you will be able to download the free viewer.

Please let me know if the link needs to be updated.

Microsoft will be offering free Office applications (including Microsoft PowerPoint) on the web when it releases Office 2010 later this year .

Basically, anyone with a Windows Live account will be able to create, modify and share PowerPoint documents, completely free of charge.

The free versions won’t be quite as all-singing, all-dancing as the paid for application but until it is launched we will not know just how many fewer features it contains.

For the time being, users will need to download the Office 2010 30 day free trial version to get the free PowerPoint application.

In response to packages like Google Docs and Open Office, Microsoft offers a “free” version of Web apps. These convenient online companions to Microsoft Word, Excel, PowerPoint, and OneNote offer you an easy way to access, view, and edit documents directly from your Web browser.

While a full version of PowerPoint could cost you over £300, there is a very good open source alternative. And what is better it is free too. It is part of the Open Office suite and it is called Impress. It features most of the features of PowerPoint and also a few more features such as the ability to export a presentation to a simple Flash file.

One of the most impressive features about Impress is that it is that it’s user interface is just like PowerPoint. It also allows you to read in PowerPoint files and save them in the new format.

Open Office does not just include the Impress (the PowerPoint alternative) it also includes a fully functioning word processor (like Microsoft Word) and also a fully featured spreadsheet (like Excel).

You can read in PowerPoint files

And save in PowerPoint format

You can also find more information about Impress at Open Office.

Open Office is one of the web’s best kept secrets. Microsoft have played a huge marketing game in keeping their office product in the public eye – despite this by 2005 over 40 Million copies of Open Office have been downloaded. Being Open Source it attracts a large community of developers and even features in Google’s Summer of Code which hopefully should be developing 3D transitions to Impress – something that as far as I am aware is not possible in PowerPoint.

As a free online alternive to PowerPoint you can create your presentations using Google’s on-line presentation creation Tool.

You can read more at our post Google’s Answer to PowerPoint. 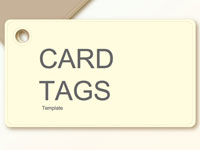 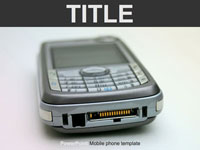 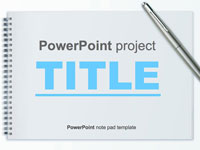