In the last of our series of articles about how to download software for free, we look at how to get a free Office download.

Microsoft Office is the best-known and one of the most popular office software suites in the world. Office was has been around since 1990, when it was developed for Microsoft Windows 3.0. It evolved alongside the Windows operating system, adding new features along the way. It has always contained all the basics needed in most offices, both professional and in the home. These are:

Other office software suites include different extra programmes, and Microsoft Office has other components depending on the version. Microsoft Access (for databases) and Microsoft Publisher (desktop publishing) are common additions to the basic Microsoft Office. But the basics are the minimum most users require. There are a number of different ways to get these features for free.

Free trial of Microsoft Office
Microsoft Office 2010 is available on a time-limited trial basis for free. The trial version has fully functional Word, Excel, PowerPoint, Outlook and OneNote. Click below for the free trial.

Office Online Application
Alternatively, Microsoft offers an online version of Office, Microsoft Office Live. It is a cloud-hosted online tool with most of the functions of MS Word, MS Excel, MS PowerPoint, and several other MS Office documents. Anyone with a Windows Live account can upload and share documents online.

OpenOffice
OpenOffice is one of the best open-source alternatives to Microsoft Office. It has almost identical functions but is available for free, unlike MS Office which can be very expensive. OpenOffice is now well-established software, and celebrated its 10th anniversary last year. It was developed from the StarOffice software originally created by StarDivision and later acquired by Sun Microsystems. In 2000, Sun Microsystems began to release StarOffice as open-source software, allowing developers to make their own modifications to the basic program. Sun has since been acquired by Oracle, which continues to support OpenOffice.

Many of the features of OpenOffice are similar to those of Microsoft Office, and users switching from the Microsoft product will have little trouble getting used to the change. In fact, some of the components of OpenOffice combine features such as desktop publishing and word processing into one program.

Google Docs
Google’s office offering is a cloud-based system called Google Docs. It is similar to Microsoft Office Live in the sense that there isn’t anything to download or install. Users just log in to their Google account and access an online application with fully functional spreadsheet, word processing, presentation and drawing facilities. All documents created are stored online, and can also be shared with other Google Docs users. This is great for collaborative work, and much easier than transferring a file via email or USB memory stick.

Mobile devices
Mobile devices are now one of the most popular ways in which people access the internet. Obviously any device capable of loading full web pages (rather than cut-down mobile versions) will be able to access hosted office applications like Google Docs and Microsoft Windows Live. But what about software?

Apple
The Apple iPad comes with a basic notepad-type program pre-installed. But for many users this won’t be sufficient. For £5.99 an iPad version of Apple’s main word processing platform Pages can be downloaded from the App Store.

The iPhone features a range of office software available through the App Store. Quickoffice Mobile Suite allows editing of many types of document including MS Office files. It can be downloaded for £2.99 and also works on the iPad and iPod Touch.

In the future, it is entirely possible that Microsoft Office will make it on to the iPad in some form. Until then, these apps and the many others available offer a good level of compatibility.

Blackberry
Many Blackberry smartphones feature Dataviz’s Documents To Go software. This offers applications for word processing, spreadsheets and presentations, and is compatible with MS Office files. Documents can also be set to automatically synchronise with the user’s computer.

For various different prices, other office applications are available via the Blackberry App World application on Blackberry smartphones.

Android
Google’s Android smartphone operating system has a massive range of applications available, including several office software suites. One notable option is the Quick suite mentioned above, as along with the iPad it also has Android and Blackberry versions.
The Android version is available for £6.43 and supports Microsoft Office files. It also has a handy Google Docs and Dropbox sync feature, allowing documents to be shared online.

You may also be interested to read our other articles on PowerPoint, Word and Excel.

The Big Squeeze Is Here

The Big Squeeze Is Here 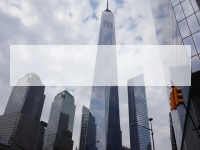