Are you getting lost in all the noise of Twitter and Facebook?  Are you trying to do all of your communications in fewer than 140 characters?

Josh Roberts argues that we should be re-evaluating our communications strategy.

The other night my wife and I went to a favourite restaurant near our home. Apparently, we weren’t the only ones looking for a little fun on a Friday night — the restaurant was completely packed.  After a while, we were seated at a little corner table that offered a view over the rest of the restaurant. We started to talk, and it was nice. We talked about the week, about work, about our son — the usual things. But as the conversation continued, we found ourselves talking louder and louder as we tried to communicate.

It happens every time multiple conversations are running concurrently. We make subconscious and incremental volume adjustments to make sure our audience can still hear, not realising that our escalations in turn escalate the background noise of other conversations. If everyone would just stop and resume a reasonable speaking voice, we’d all be able to hear so much better. But to achieve this, someone would have to stand up, assume authority over the others, whistle or scream, and explain the whole mess for everyone’s benefit. Someone would have to differentiate themselves from the crowd.

As a communications professional, I see this problem each and every day. From major corporations to local start-ups, everyone is obsessed with the effects of the digital age on real-world business. Everywhere you look, someone’s claiming the death of an industry, of a device, of a perspective — you name it, everything’s going up in flames. Companies are moving into social media channels hoping to control the conversation about themselves and their industries. Small businesses are falsely encouraged by the prospect of “going viral” — we’ve heard plenty of tales about garage bands and indie movies and inventors being propelled into the limelight, so why can’t it happen for us?

In the midst of this obsession, we’re facing the same problem my wife and I had at the restaurant. The more we chatter in social media channels, the less significant our personal communications become. Digital media allows us to get our viewpoints and content out to a wider audience than ever before. Increasingly, we’re calling this “access” — we have unprecedented access to new faces, making a supposedly “small” business as easy to find as Coca-Cola. But the end audience suffers from a little problem: humanity. There’s only so much information consumers can digest; after a point, they filter the flow of information or simply stop listening.

We can’t ignore the raw statistics of the digital age: change has certainly come. According to comScore, 42.7 million Americans are now smartphone users. Facebook reports over 500 million users and 100 million mobile users; Twitter has 190 million users according to TechCrunch. There’s no doubt: the restaurant is crowded. The question is whether anyone is able to communicate in the environment.

We talk about mobile accessibility and an “always on, always listening” audience out on the web. But just because the room is packed doesn’t mean a single soul is listening to you. In fact, if you want the whole room, you’d better stand up and grab their attention — that takes originality, confidence (supported by competence), and consistency. Social media experts stress the importance of fast response and, while there is some practical merit to the idea, oftentimes this is used as an excuse not to plan. No matter what business you’re in, this is your competition’s weakness: more and more businesses have social media tunnel vision. They’re obsessed with gaining ‘friends’, ‘likes’, or ‘followers’, and they’ve failed to plan for the future.

Change is always coming; digital is just the current flavour. I’m not saying it will go away: many of our modern conveniences will forever change the way we interact with information. But people are still people; business is still business. Principles and values that were true 100 and 1,000 years ago are still true today: the organisations that are disciplined, that plan and execute according to a concrete vision based on meeting the customer’s needs and exceeding their expectations — these are the organisations that will succeed. They’ll use social media. They’ll gain publicity through digital channels. But it will be their adherence to solid principles of messaging and content that will differentiate them from the competition. While everyone else is conducting business in 140 characters or fewer, they’ll be the ones bypassing the brevity and connecting with a loyal audience. Quality, not quantity, is the great void in the conversation today.

We can’t take an adversarial posture with new technology. But we need to understand the limitations of the tools and that they’ll never replace human planning and insight. Whether you’re putting together a presentation or building your company’s brand for the first time, you need to think critically about the big picture. Just a few years ago we thought every successful business would need a MySpace page; clearly, we need to make plans that aren’t contingent on the success of some dot-com (why does this lesson sound familiar?). While everyone else loses their minds worshipping the social media gods, tomorrow’s successful business leaders need to double down on their commitment to real-world values and strategies that have always bred success across every medium known to man.

Examine your own communications strategy today. You just might find too much time has been spent on short-term communications goals and not enough on the long-term problems your business is going to solve.

Josh Roberts is co-owner of The Roberts Press, a content and design agency, and Content Manager at Ethos3 Communications, a presentation design firm http://therobertspress.com/ 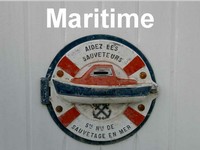 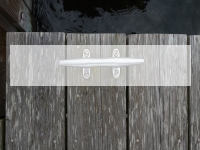 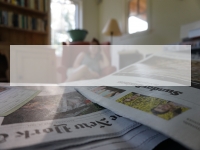 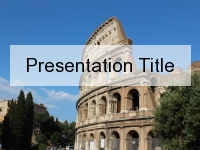 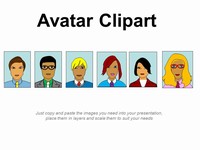